Meeting registrations, hotel reservations, and requests to speak are due
December 1, 2017.

Send the title of your presentation to conference coordinator Jacob Burks. Presentations should be no longer than 10 minutes, followed by a few minutes for discussion. 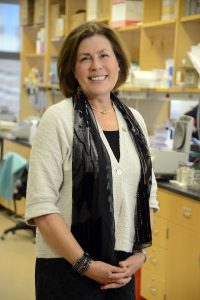 University of Maryland School of Medicine

Dean’s Endowed Professor in the School of Medicine

Dr. Fraser helped launch the new field of microbial genomics and revolutionized the way microbiology has been studied. Until 2007, she was President and Director of The Institute for Genomic Research (TIGR) in Rockville, MD, and led the teams that sequenced the genomes of several microbial organisms, including important human and animal pathogens. Her current research is focused on characterization of the human gut microbiome in health and disease. Her work on the Amerithrax investigation led to the identification of four genetic mutations in the anthrax spores that allowed the FBI to trace the material back to its original source. She is one of the world’s experts in microbial forensics and the growing concern about dual uses – research that can provide knowledge and technologies that could be misapplied.

Dr. Fraser has authored more than 300 publications, edited three books, and served on the editorial boards of nine scientific journals.  Between 1997 and 2008, she was the most highly cited investigator in the field of microbiology.  Her list of awards include: Fellow, AAAS, American Academy of Microbiology; Elected Member, Institute of Medicine (IOM); E.O. Lawrence Award, U.S. Dept. of Energy, the highest honor bestowed on research scientists by the Department of Energy; Promega Biotechnology Research Award, American Society for Microbiology; Maryland Women’s Hall of Fame; Influential Maryland Award; Drexel College of Medicine Prize in Infectious Diseases; and Thomson Reuter’s The World’s Most Influential Scientific Minds, 2014. She has served on many advisory panels for all of the major Federal funding agencies, the National Research Council, the Department of Defense, and the intelligence community. In addition, she has contributed her time as a Board member for universities, research institutes, and other non-profit groups because of her commitment to the education of our next generation of scientists. 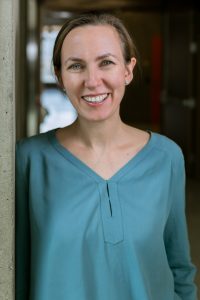 Dr. Ribbeck is the Principal Investigator of the MIT BIOGEL Laboratory which focuses on basic mechanisms by which mucus barriers exclude or allow passage of different molecules and pathogens and the mechanisms pathogens have evolved to penetrate mucus barriers. She hopes to provide the foundation for a theoretical framework that captures general principles governing selectivity in mucus, and likely other biological hydrogels such as the extracellular matrix, and bacterial biofilms. Her work may also be the basis for the reconstitution of synthetic gels that mimic the basic selective properties of biological gels..

Dr. Ribbeck obtained her Bachelor’s degree and her PhD in Biology from the University of Heidelberg, Germany. She continued her postdoctoral research at the European Molecular Biology Laboratory, Heidelberg, Germany, and the Department of Systems Biology, Harvard Medical School. She then established her independent research group as a Bauer Fellow at the FAS (Faculty of Arts and Sciences) Center for Systems Biology, Harvard University in 2007, and joined the Department of Biological Engineering at MIT in 2010. Dr. Ribbeck is the recipient of the 2015-2016 Harold E. Edgerton Faculty Achievement Award, the 2014 Popular Science Brilliant Ten Award, and the 2013 John Kendrew Young Scientist Award.