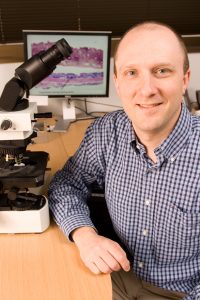 Dr. Stappenbeck’s research program has focused on the response of intestinal epithelial cells to injury using several mouse models including chemical and physical damage as well as genetic modulation of the immune system and epithelial function. His lab has found epithelial repair is directed by intestinal microbes, specific cells of the immune system and the stromal cells that support the epithelium. Within the intestinal epithelium, the process of autophagy is required within specific secretory cells to support intestinal homeostasis. His lab has been supported by the National Institute of Health, the Crohn’s Colitis Foundation of America, The Broad Medical Research Program, the Pew Foundation, among others. 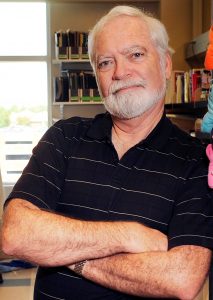 “The role of the VBNC state in oral microbiology”

Department of Biological Sciences, University of North Carolina at Charlotte