Meeting registrations, requests to speak, and hotel reservations are all due by January 6, 2014.

The cut-off date for room reservations is January 6, 2014. After this date we cannot guarantee the conference rate. Double occupancy room rates are: Garden View – $209.00 per night, Ocean View – $229.00 per night, and Beach Front – $269.00 per night. Rates increase by $10 per each additional person over the age of 18. Rates are subject to applicable taxes and fees, currently 20% per room. Note: rooms are appointed with one king bed and one p ullout sofa; no other configuration is available.

“Visualizing the Complexity of Microbial Communities” 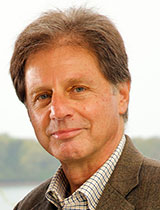 Gary Borisy is best known for his research directed at understanding how cells crawl, how they divide and how they acquire their shape, all fundamental processes underlying cell function in health and disease. He discovered tubulin, the protein subunit of which microtubules are comprised and contributed fundamental insights into our understanding of the mitotic spindle and the motile lamellipodium. He developed novel techniques for imaging fluorescent molecules in living cells and for correlating their distributions with electron micrographs of the same cells. Recently, he has begun a new line of investigation exploring the structure of microbial communities through combinatorial labeling, spectral imaging and metagenomics. His current research focus is on visualizing the oral microbiome.

After receiving his Ph.D in Biophysics from the University of Chicago in 1966, Dr. Borisy did postdoctoral study at the Medical Research Council Laboratory of Molecular Biology in Cambridge, England. He joined the faculty of the University of Wisconsin in 1968, rising to full Professor in 1975 and Perlman-Bascom Professor of Life Sciences and Chairman of the Laboratory of Molecular Biology in 1980. He moved to Northwestern University in 2000 as the Leslie B. Arey Professor of Cell and Molecular Biology, Distinguished Investigator in the Feinberg Cardiovascular Research Institute, and also served as Associate Vice President for Research until 2006. He served as President and Director of the Marine Biological Laboratory in Woods Hole, MA from 2006 through 2012.

Dr. Borisy has served on numerous panels for the National Institutes of Health, American Cancer Society, Howard Hughes Medical Institute, Novartis Foundation, as well as Scientific Advisory Boards, Editorial Boards, Professional Society Committees and as a member of the International Selection Committee for the Japan Prize in Biology.

“A view to a kill: The bacterial Type VI secretion system” 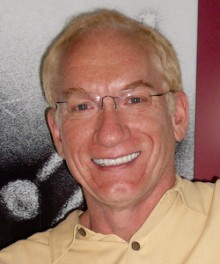 John Mekalanos is the Lehman Professor at Harvard Medical School and has served as Chair of the Department of Microbiology and Immunobiology since 1996. Dr. Mekalanos has received many honors, including election to the National Academy of Sciences and American Academy of Microbiology, the Eli Lilly Award, AAAS Newcomb Cleveland Prize, and City of Medicine Award. This year, he was chosen as the first recipient of the Drexel Medicine Prize in Infectious Disease and received the Sanofi-Institut Pasteur Award for Biomedical Research. He has been a member of the FDA Advisory Committee on Vaccines and Related Biologics and has consulted for numerous governmental and private agencies including the National Institutes of Health, the World Health Organization, The International Vaccine Institute, the National Academy of Sciences, Massachusetts Public Health Biological Laboratories, and the US-Japan Cooperative Medical Science Program. His research spans multiple facets of bacterial pathogenesis with an emphasis on using genetic and functional genomic approaches to explore virulence gene regulation and host-pathogen interactions. His laboratory has provided many genetic tools that have been successfully used in the field for decades, establishing fundamentally new approaches to understanding bacterial virulence from the gene to the genomic levels. Dr. Mekalanos and his research team have provided classic insights, such as the identification of the regulatory factors that control production of both cholera toxin and the intestinal colonization factor TCP, identification of the filamentous bacteriophage that carries the genes for cholera toxin, development of reporters for virulence gene expression in vivo, and identification of small molecules that inhibit virulence. More recently, the Mekalanos laboratory reported the discovery of the Type VI secretion system and has made dramatic progress in defining how this novel organelle dynamically functions. His group has contributed to the development of prototype vaccines effective against cholera, typhoid, anthrax and other encapsulated microorganisms, as well as to finding evidence that bacteriophages control cholera epidemics in natural endemic settings. Click below for more information on Dr. Mekalanos and his lab:

The Oral Immunology/Microbiology Research Group (OIMRG) had its first meeting in 1991. It was founded as a means of promoting intimate, collegial interaction and collaboration among researchers interested in the immunology and microbiology of the oral cavity, particularly as related to oral diseases (dental caries and periodontal disease). The OIMRG is currently comprised of 180? investigators representing forty-eight universities, research centers, and commercial organizations in the U.S. and abroad.

The OIMRG convenes annually for a meeting that consists of three scientific sessions, each focusing on a distinct area of oral immunology and microbiology. It is primarily, but not exclusively, through the annual meeting that the objectives of the OIMRG are achieved. These objectives include the following:

About the Annual Meeting

The annual meeting of the OIMRG is also known as the Mark Wilson Conference, named in honor of its founder the late Mark Wilson, 1950–2000. The meeting is consistently held over a long weekend during late January or early February. The 24th annual meeting of the OIMRG is scheduled for February 7–10, 2014 at the St. Croix Renaissance Carambola Beach Resort & Spa, St. Croix, U.S. Virgin Islands.

Each session begins with a keynote address by an invited lecturer. Small group breakout sessions for continuing scientific discussions from the morning are held in the afternoons.

The meeting starts on a Friday evening with a reception. Breakfast is served prior to each session. A dinner banquet is held on Sunday evening. All meals (reception, three breakfasts, and dinner banquet) are included in the registration fee and registrants are welcome to bring one guest to each meal. Additional guests are welcome at an additional charge, which must be paid at the time of conference registration.